The NCR School Registrars’ Association (NACSRA) held its annual conference with the theme “Addressing the Issues of Higher Education” on February 12, 2016 at the Henry Sy Hall of the De La Salle University Manila [Picture Gallery]. A total of 373 delegates, composed of Registrars, Assistant Registrars, Admission Officers and Liaison Officers, participated in the said event. Institutional membership in NACSRA stands at 179 colleges and universities.

The participants were warmly welcomed by Ms. Kai Shan Fernandez, Associate Vice Chancellor for Academic Services of DLSU with her Welcome Address. After which, Ms. Grace C. Sipin, President of NASCRA delivered the Opening Remarks to formally open the conference. A Special Message was then delivered by Ms. Lisa Magana in behalf of Dr. Leonida S. Calagui, CHED-NCR Director who was out of town at that time due to prior engagement.

In the morning session, Dr. Amelia A. Biglete, CHED Director for the Office of Programs and Standards was the resource speaker. She presented updates on Policies, Standards and Guidelines aligned to K-12 curriculum. She shared valuable statistical data on the status of various academic programs currently offered by colleges and universities nationwide. In addition, she briefly discussed the implication of the CMO 20 s. 2013 on the General Education Curriculum with the ongoing development of the Policies, Standards and Guidelines (PSG) in various disciplines by the Technical Working Group of CHED. In the said CMO, a reduction of the General Education (GE) courses to 36 units is to be prescribed in all curricula across various disciplines for collegiate programs effective AY 2018-2019. It is during this same period when Grade 12 students are expected to graduate from Senior High School. The other GE courses will be offered in the curriculum for Grades 11 and 12.

In the afternoon session, two resource speakers were invited to present topics regarding Senior High School (SHS) program and Immigration policies for foreign students. The first speaker was Ms. Jocelyn dela Rosa Andaya, Director III and Chairperson of the SHS National Task Force of the Department of Education (Deped). She gave a comprehensive overview of the SHS program with statistical data on the latest results of the SHS online registration of Grade 10 students from both public and private schools. She also discussed the voucher system and ESC grant program offered by the Deped in order to orient schools on admission of Senior High School enrollees who will avail of the voucher and/or ESC grant.

The second speaker, Mr. Anthony M. Cabrera, Acting Chief of Student Visa Section of the Bureau of Immigration (BI) presented updates on the status of the revision of E.O. 285 s. 2000. According to Mr. Cabrera, the process of revising the EO is still ongoing. However, he is optimistic that it will soon be finalized and implemented within 2016. A lively interaction between the resource speaker and the participants ensued during the open forum as Mr. Cabrera gamely responded to all queries with zest and humor.

In formally closing the conference, Mr. Cesar Velasco, Vice-President of NACSRA delivered the closing remarks and expressed his gratitude in behalf of the NACSRA Board of Directors for the active participation of all the delegates and their continued support to NACSRA.

A raffle draw and election of officers took place before the end of the conference. The incumbent members of the board were re-elected for another 3-year term of office. As a final note, all delegates were also invited to attend the forthcoming FOSRA convention in Davao tentatively scheduled in November 2016.

In line with the continuing efforts of the National Capital Region Registrars Association (NACSRA) in preparing the school registrars for the challenges of education reforms and the ASEAN Integration, the officers and Board members visited the Nanyang Technological University (NTU) in Singapore on January 29, 2015 to benchmark with the university’s best practices and standards in terms of registration, records management, and curriculum and degree audit, and crediting of courses.

Dr. Toh presented and discussed the NTU campus model, university profile, and student services under the Office of the Registrar. The other officials met the Philippine delegates and discussed NTU’s online-based processes, record security features, enrolment of foreign students, course credits, and issuance of academic records.

The conference started with a warm welcome from Dr. Maria Teresa Trinidad P. Tinio, Senior Vice-President for Academic Affairs of FEU. Ms. Grace C. Sipin, Registrar of FEU and concurrently the President of NACSRA provided an overview of the topics of the conference in her Opening Remarks.

The first part of the conference focused on the Keynote Address of Dr. Leonida S. Calagui, Director of Commission on Higher Education (CHED) – National Capital Region (NCR). Dr. Calagui explained the CHED policies affecting registrars as well as the updates on various educational reforms and development in the country specifically with the implementation of the K to 12 Program.

The afternoon session started with a discussion on the “Impact of ASEAN Integration to Higher Education Institutions (HEIs)” by Dr. Jose Cueto, Jr., Chairman of the Board of Medicine, Professional Regulations Commission (PRC).

Dr. Cueto provided an overview of the ASEAN Economic Community by providing its objectives and elements, basis for the ASEAN Mutual Recognition Arrangement and important features of the Philippine Qualifications Framework and the ASEAN Qualifications Reference Framework. He briefly surveyed the Qualifications Landscape, assessed the Policy implications on education and tried to relate issues to the functions of the registrars.

He summarized the functions of registrars into three (3) important areas which are to: 1) provide good service to clients; 2) plan/implement policies and procedures relative to admission, registration and graduation of students; and 3) serve as recorder and custodian of student records and ensuring the authenticity of documents.

He recommended that registrars should be able to prepare for the challenges of ASEAN integration by focusing on the following areas: 1)Database Development: Longitudinal Tracking;2)Research on Market Condition and Trends in Teacher Education; and 3)Liaising and Networking with Registrars from other ASEAN countries and even outside the ASEAN region, including Middle East as destination of graduates.

Another focal point of the conference was the discussion on the Updates on Bureau of Immigration and Deportation (BID) Policies by Ms. Thelma De Guzman Guiritan, Acting Chief of BID Student Desk. Ms. Guiritan spoke about the mandate of the Bureau in regulating the entry of foreign students in the country. She addressed the concerns and issues raised by the participants on the processing of foreign student visa, issuance of special study permit, ACR-I Card, among others.

With the foregoing, the NACSRA Officers and Board Members as organizers of the conference hope that the participants, particularly the registrars, had a more proactive understanding of the ASEAN Integration and of the roles that they have to play in raising competitiveness of Philippine education vis-à-vis that of other countries in this era of globalization. 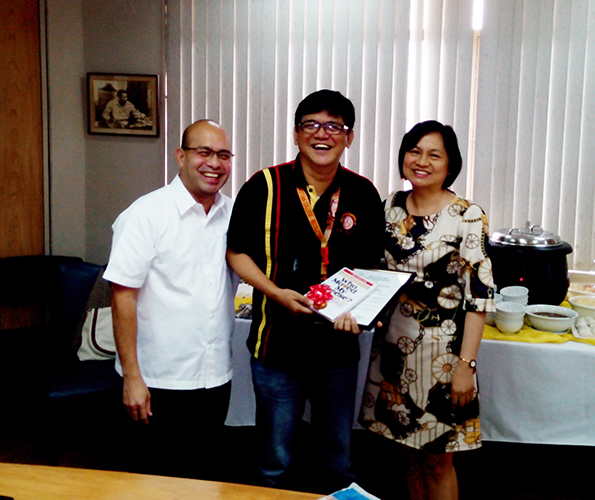 Mr. Ramon Montierro, former Registrar of San Sebastian College and former President of the National Capital Region Registrars Association (NACSRA), and Mr. Manolo Dela Paz, former Registrar of Jose Rizal Univesity and former Board Member of NACSRA, were awarded with certificates of appreciation by the Officers and Board Members of NACSRA during the Association’s Board Meeting held last August 27, 2014 at the Jose Rizal University, Mandaluyong City. 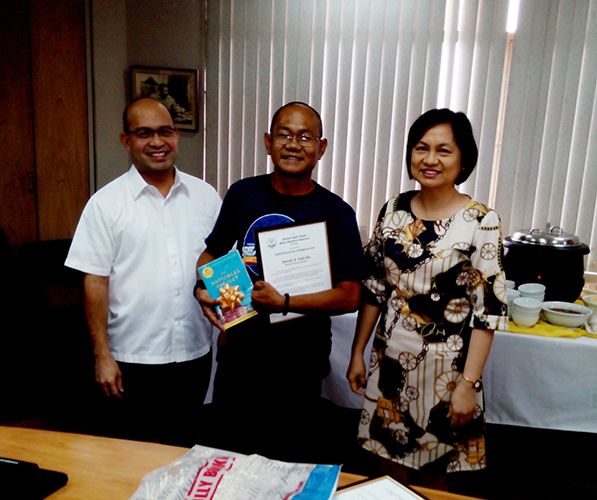 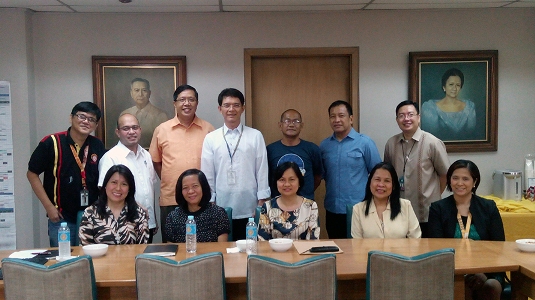